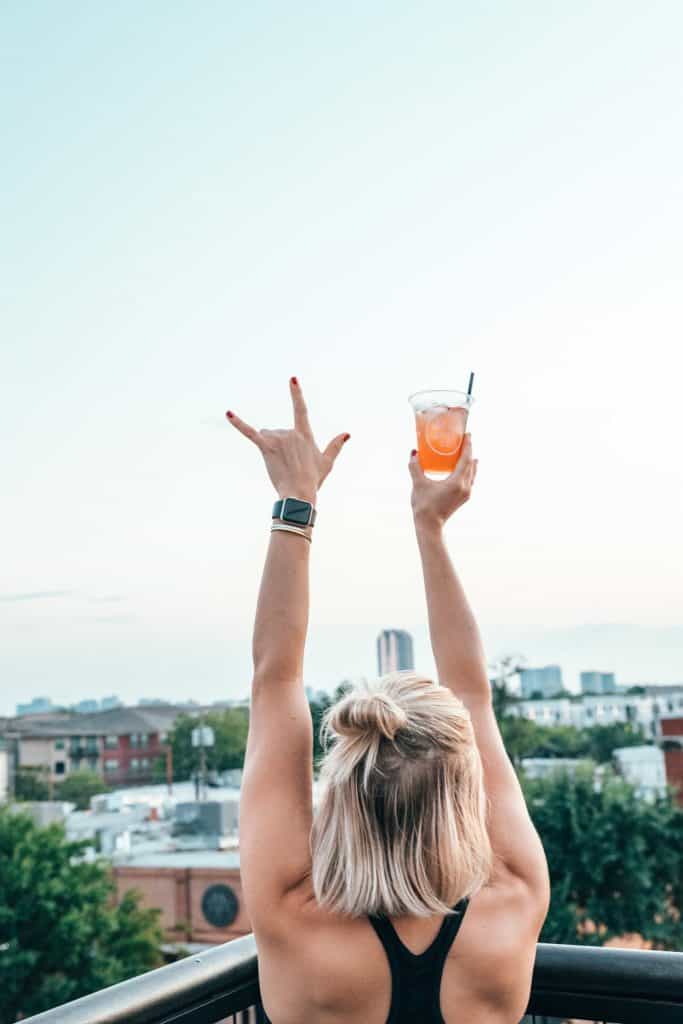 I’ve done my fair share of drinking. From a couple drinks over happy hour or brunch to late nights stumbling out of the bar at closing time, I’m well versed in the drinking game. As I’ve gotten older, I’ve outgrown the bar scene I once frequented and now focus more on optimizing my health. But I do still like to enjoy some adult beverages from time-to-time so long as it doesn’t come with a side of hungover. I’ve done a lot of research and experimenting on how to drink responsibly when it comes to hangover prevention. Below are ten drinking hacks to help you prevent and treat a hangover.

Not all alcohol is created equal. For the most part we all know this, but we’ve been fed the wrong advice for the majority of our drinking lives. We’re told the order in which we drink different types of alcohol is what matters – “beer before liquor never sicker, liquor before beer you’re in the clear.” Turns out that couldn’t be further from the truth. A study published in The American Journal of Clinical Nutrition proved the order in which you drink different alcohol has no bearing on your hangover the next day.

But that doesn’t mean you shouldn’t still pay attention to what you drink as well as how much you drink. Alcoholic beverages contain congeners – chemical byproducts produced during the fermentation process. They are big culprits when it comes to your hangover and their concentration varies per drink. What you need to remember is the darker the drink, the more congeners it has. Dark drinks like bourbon, whiskey, brandy, and red wine all contain higher levels of congeners than clear drinks like vodka, gin, and some rums. And the same goes for beer – the lighter the color, the fewer the congeners. So for all you red wine drinkers (myself included) – yes, your pinot noir has some beneficial antioxidants, but know that the tradeoff is a higher dose of congeners. As far as best and worst, bourbon whisky contains the highest amount while my dear friend vodka has almost no congeners at all.

2. Water is your friend.

Choosing a low congener drink isn’t enough to prevent a hangover. One of the biggest contributors to feeling bad the next day is dehydration. This is the one we all know – alcohol dehydrates you. That’s because it’s a diuretic, which means it makes you pee more often… and why you usually want to delay “breaking the seal” as long as possible. And as with any other diuretic, ridding your body of all that salt and water is going to dehydrate you.

Most of the advice we’re given is to alternate drinks with glasses of water. That may work for some people, but I know that in my heyday of partying, I was not about to do that. Another option to consider is to order a water in addition to whatever you’re drinking. Double fist with your water glass for a while or just quickly chug the water.

Definitely down a glass of water before you go to bed and have a glass next to your bed in case you wake up thirsty. You’d be surprised what chugging a glass of water in the middle of the night can do for a hangover the next morning.

3. Pay attention to your pairing.

Another way to sneak water in throughout the night is to add it to your drink. And no, I don’t mean tonic water. For all you vodka tonic drinkers out there – you should know that tonic is the least healthy of the carbonated waters. It’s really more like a soda. I use legit water but if you must go with a substitute, use club soda, seltzer, or a sparkling mineral water.

Basically, sugar is the enemy. When there’s extra sugar in your blood, you’re going to pee more as your body’s way of trying to get rid of it. And since you’re already peeing a lot from just the alcohol, you don’t want to give your body any more reason to dehydrate itself. So, avoid mixers high in sugar like soda and juices, and pay attention to the ingredients for margaritas and craft cocktails, as a lot of them contain a sweetener or syrup-like simple syrup, which is very high in sugar. Even some of the supposedly healthy alternatives – like agave nectar – aren’t actually good for you. So just ask for your drinks without those ingredients.

4. Be all about B Vitamins.

In addition to ridding your body of water and sodium, alcohol depletes vitamin and mineral stores, especially your B vitamins. Your body uses vitamin B to process alcohol, causing you to end up deficient the next morning. Consider boosting your levels before you head out drinking and/or the next morning by eating foods high in B vitamins like whole grains, meat, eggs, and beans. Or, simply take some B Vitamins. While B-12 tends to get most of the hype, you want them all so go for the full B Complex. Fun fact – you can get them in a liquid form. I used to carry a little spray one in my purse when I went out and would occasionally take some throughout the night. It helped a lot.

Vitamin B isn’t the only vitamin your body will be lacking after a night of drinking. Alcohol robs us of many essential vitamins and minerals so while it may be tempting to eat junk food during or after drinking, eating a healthy, nutritious meal can help replenish the lost vitamins and minerals. For example, incorporating some salt will help replace lost electrolytes.

Ideally, you should eat both before and after drinking. The old saying, “never drink on an empty stomach” is true. And to be perfectly honest, it’s one I never used to listen to. My logic was more, “the less I eat, the quicker I’ll get buzzed.” I’ve since learned why that is a very bad idea. When we drink alcohol, our body treats it as a toxin and all energy goes into getting rid of it. This of course disrupts other processes our body would normally be doing, like regulating the production of glucose. Drinking causes an increase in insulin secretion which leads to low blood sugar, which is what causes light headedness, fatigue, and contributes to that hangover headache we all hate.

Eating beforehand will help slow down the rate in which our body is absorbing the alcohol and therefore glucose production won’t be affected as significantly. Foods high in healthy fat and protein will delay alcohol absorption the most.

Some studies also show that maintaining normal blood sugar levels could lessen some of the bodily changes that occur while drinking, such as the buildup of acid in the blood which is associated with nausea, vomiting, and fatigue. In terms of what to eat, oats have been shown to help with liver health, which is always a good thing before drinking. Bananas will help keep you hydrated and keep your potassium levels up. Avocados are also high in potassium. Salmon is rich in omega-3 fatty acids which has been shown to help reduce inflammation in the brain caused by drinking. Chia seeds are high in antioxidants that help protect your liver. So is quinoa. Melons and berries contain a lot of water which will help with hydration. Asparagus contains antioxidants that help prevent cell damage caused by drinking. Grapefruit is also great for liver health.

6. Drink more before you go to bed.

And no, I don’t mean more alcohol. When the night is over and it’s time to pass out, your body is about to be on its own, fending for itself for however long you’re asleep. And you just tossed back all these drinks that have thrown it off balance. So, you’ll want to give it a fighting chance to recover while you’re asleep rather than wait and fight an uphill battle the next day.

As I mentioned before, definitely down a glass of water before you go to sleep and put an extra one by your bed. But you can also up your pre-bed beverage game with something that packs a little more punch. Consider something high in electrolytes like coconut water, Pedialyte, or a sports drink. Just make sure you choose the lower sugar options. I actually use a BCAA powder – which is technically made for pre or post workout – because it has all the rehydration benefits and no sugar. Another random but highly effective option is pickle juice. That’s right, take that jar of pickles in your fridge and simply drink the juice. Pickle juice is high in electrolytes your body will need like sodium and potassium, and the vinegar in it helps regulate blood sugar.

Many people preemptively pop a pain reliever before going to sleep. If you’re going to do that, take an aspirin or ibuprofen like Advil… not Tylenol. The acetaminophen in Tylenol causes your body to metabolize alcohol more slowly. Aspirin or ibuprofen will reduce the inflammation that may be associated with a hangover.

8. Plan for naps the next day.

Alcohol disrupts your ability to get deep, quality sleep. Yes, you’ll pass out but you aren’t getting into that REM sleep where a lot of the healing is done. So even if you sleep a long time, your quality of sleep after drinking is not what it should be. That’s why you feel so groggy and fatigued the next day. Schedule in some naps if you can so your body has a chance for deep sleep.

Turns out, there is some evidence to support this old saying. For those who aren’t familiar with it, the saying “the hair of the dog that bit you” is suggesting you have a drink the next morning to relieve your hangover. There is some legit logic here because after you drink, methanol (one of the congeners) is metabolized into formaldehyde which is the cause of several hangover symptoms. Having another drink can stop this conversion and instead the methanol safely leaves the body through your breath and urine. Now, if you get drunk again, you’re then just starting the cycle all over again and delaying the inevitable. But a drink or two can help prevent any methanol still in your system from being converted into formaldehyde.

Certain vitamins, like red ginseng, prickly pear, and ginger have been shown to relieve hangover symptoms. Activated charcoal is another hot topic for hangovers. Basically, it works by attaching to toxins and chemicals in the gut before they are absorbed by your body, and because activated charcoal can’t be absorbed by the body, those toxins and chemicals are carried out with the charcoal when you go to the bathroom. There isn’t a ton of evidence to support that activated charcoal can help prevent a hangover because alcohol is absorbed so quickly, but it may be worth a shot. I’ve taken it several times and am a believer.

The point is you don’t have to struggle through your hangovers alone. There are strategies and supplements that will help you.

Bottom line – if you’re going to drink, drink responsibly. That means taking care of the vehicle you are always driving no matter what – your body. So cheers to drinking smarter, not harder! 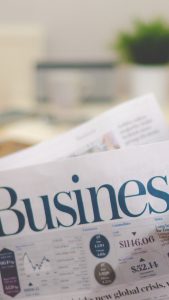 Tips for a First Time Business Owner | Must Have Checklist 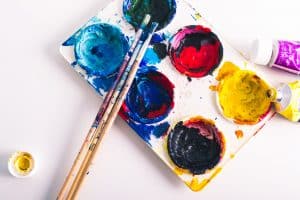 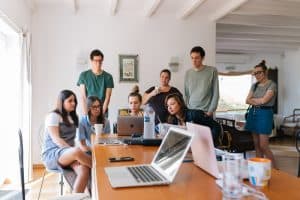 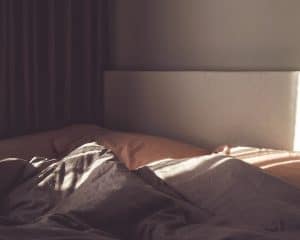